Do you like parties? Well, I was planning one a few days ago. 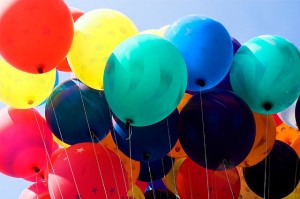 As I thought and planned the time, the decor, the people I would invite, my mind suddenly went to a phone call I had received the day before.

A precious young friend had called to tell me about her recent trip to Africa. Her words were, “it was an assault on all the senses…the sight and smells.” On the other hand, she described the people–happy, content, sweet! Hmm! Doesn’t compute!

Then my mind went to last Sunday when a young woman told us of her trip to Haiti, from which she had just returned. It’s one of the poorest countries in the world.

In her words though, they are happy with the smallest things, such as the gift of a pencil. Or even a smile, a touch.

My thoughts were really wandering as I thought back to a guest in our Sunday school who was a Holocaust survivor.

He and his family had been taken from their home when he was a very young child.

Much of his family died in death camps of the Nazis.

He ended up living in a sewer for a time. His only food, rats and bugs.

His message was “forgiveness” and his words and manner revealed he knew the meaning of it. Wow!

I tried to return to my original plans. However, I decided to cancel my party.

It was going to be a “Pity Party” and a humdinger at that! I’ve had them before and I remember, no one came but me and I didn’t even want to be there.

I’m sure you get the point.

My “poor me” time turned to “how can I say thanks” time.

When my thoughts got right, my feelings followed. Have you ever been there?

Someone has said, “If you are a thinking Christian, you will be a joyful Christian.”

Happiness depends less upon our circumstances than upon our thinking.

I found this quote from a “Women of Faith” speaker:

I’m cancelling those parties for the foreseeable future with God’s help. Will you?